They said it couldn’t be done! 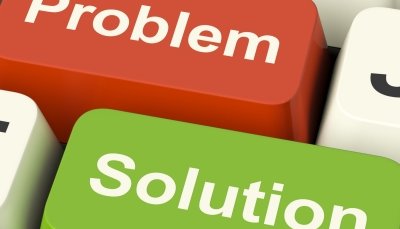 An ode to all LinkedIn connections who have attempted something new and have been doubted by others – enjoy.

They said it could be done

Somebody said that it couldn’t be done,

But she with a chuckle replied

That “maybe it couldn’t,” but she would be one

Who wouldn’t say so till she’d tried.

So she buckled right in with the trace of a grin

On her face. If she worried she hid it.

She started to sing as she tackled the thing

That couldn’t be done, and she did it.

Somebody scoffed: “Oh, you’ll never do that;

At least no one ever has done it”;

And the first thing we knew he’d begun it.

With a lift of his chin and a bit of a grin,

Without any doubting or quiddit,

He started to sing as he tackled the thing

That couldn’t be done, and he did it.

There are thousands to tell you it cannot be done,

There are thousands to prophesy failure;

There are thousands to point out to you, one by one,

The dangers that wait to assail you.

But just buckle in with a bit of a grin,

Just take off your coat and go to it;

Just start to sing as you tackle the thing

That “cannot be done,” and you’ll do it.

Beverley Powell is a UK certified Life Coach and Educator and national award winner by the Health Service Journal (HSJ) 2014 as a BME Pioneer for her work around strategic inclusion within the National Health Service(NHS). and also by NHS Employers 2014 for work on strategically embedding Diversity through the workforce.