The pros and cons of gossip 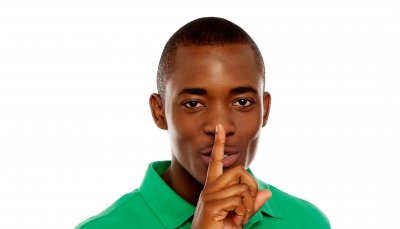 The art of gossip has always fascinated me. Over the years gossip has received a bad rap but it is this richly deserved? My own beliefs have been founded on gossip being the preserve of the idle. The Social Psychologist and Associate Professor Robb Willer, Co Author of the study published in the Journal of personality and social psychology, argue that a much gossip is driven by a concern for other people and can have a positive effect. How so?

Over the years and in a variety of settings, I have observed the destructive nature of gossip in a number of ways. One only need to look at the politics of some governments, a neighbour hood, organisations or a Dept. to see gossip at its best. But with the right intentions when gossip is delivered from a reliable source with the best intentions gossip can be beneficial.

This article will discuss the pros and cons of gossip and highlight 7 key points:

A recent article in http://www.families.com/blog/gossip-can-be-good-for-you highlights the positive benefits of gossip and how it operates as a social glue.

The soaps in the UK are steeped in scripts which are founded on gossip. This type of gossip however is negative and brings a kind of social glue to a particular community where everyone looks out for everyone.

However, the wrong kind of gossip can seek to exclude members of an organisation, family, community, group or dept. who an be defined through gossip as being ‘different’.

3 No smoke without fire!

There are social and psychological benefits to gossip. Pro social gossip can serve to warn others about potential dishonesty or untrustworthy people. Think about the fable of the Emperor with no clothes who would dare gossip and tell the Emperor that he was actually wearing no clothes ? Some Social Scientist assert that there is a place for gossip and it can help to reduce stress and prevent exploitation of others.

In stark contrast, the malicious unregulated work of Twitter Trolls who access on line mediums such as Facebook Twitter and other mediums and send damaging and malicious gossip with limited or no accountability, can thrive to the detriment of individuals.

To be able to foster an inclusive environment where groups of different people with differing skills and abilities all work towards the same goal can at times be a balancing act. However, to ensure everyone lives and works in an environment which is conducive to good mental health, a high level of productivity and equal access to resources and an opportunity to be heard can only serve to enhance any institution.With positive outcomes leading to increased productivity, good morale, trust among everyone, high motivation and a reduction in sickness.

Point 7 is a big subject linked in my view on gossip. Unconscious Bias is by no means the least important of the points raised in my article and deserves its very own blog. It is something to be aware of when addressing equality fairness in any sphere of life.

Do you have a view on the merits of gossip?

Beverley Powell is a UK certified Life Coach and Educator and national award winner by the Health Service Journal (HSJ) 2014 as a BME Pioneer for her work around strategic inclusion within the National Health Service(NHS). and also by NHS Employers 2014 for work on strategically embedding Diversity through the workforce.