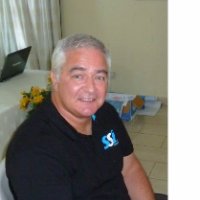 During my time at Greater Manchester Police I came into contact with Beverley while she was working as a representative for BAPA Black and Asian Police Assiation. I was impressed by Beverley’s eagerness to gain an understanding of police officers roles and how they were undertaking their work. Beverley demonstrated her commitment by coming out at 4am in the morning to see what officers were doing in some early morning raids.

Following this Beverley took the time after the raid to come back and explain the role in BAPA and what the association stood for to officers and took take part in a question and answer session.

I was impressed by Beverley’s ability to actively listen to what people were saying to her and how she could accurately identify and summarise the issues at hand. Beverley has the ability to put people at ease and make them feel that their opinion is important. I would also describer Beverley as being morally courageous and willing to actively challenge unacceptable behaviour at what ever level it appears. This linked to an infectious positive attitude makes her a formidable asset to any organisation

Beverley is a role model for people whole want to implement change management I would state if you want someone to help or manage diversity/human rights issues you should actively seek Beverley’s services.