Does a ritual work for you? 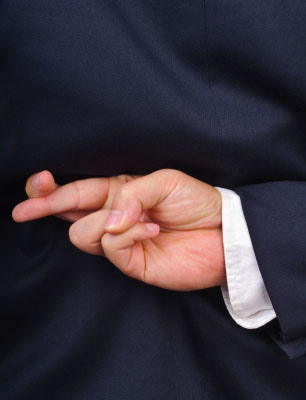 Rituals are an interesting concept which have become more apparent to me during this festive season. Many people from all walks of life and for various reasons undertake some form of ritualistic behaviour and in some cases this can be viewed with cynicism. There is for me a difference between a habit and a ritual. Having a habit can get boring yet a ritual can help increase dynamism in life.

By three methods we may learn wisdom: First, by reflection, which is noblest; Second, by imitation, which is easiest; and third by experience, which is the bitterest.”
― Confucious

The corporate professional and the ritual.

I’m sure many of you during your professional career have been placed under some condition where there has been a need to perform at our best for example an exam, an interview, presentation or chairing a meeting to name a few.

It is quite possible during such conditions that we may have adopted a tried or tested ritual which may involve a series of repetitive actions. Behaviour Scientist and Professors of Harvard Business School Francesco Gino and Michael I. Norton argue that by adopting ritualistic behaviour during any such periods as the ones I have indicated could assist in helping reduce anxiety or improving our performance. ( Scientific American 2013)

Studies have also suggested that taking a formulaic approach to a ritual in many cases can prove effective for example quitting drinking or smoking.

There appears to be some psychological benefits to a ritual when applied by a sports person and particularly when the event has an air of possible uncertainty or of high importance. The term ‘ritual commitment’ (Schippers and Van large (2006) was identified in the performance of high flying sports people.

Basketball superstar Michael Jordan wore his North Carolina shorts underneath his Chicago Bulls shorts in every game; Curtis Martin of the New York Jets reads Psalm 91 before every game. And Wade Boggs, former third baseman for the Boston Red Sox, woke up at the same time each day, ate chicken before each game, took exactly 117 ground balls in practice, took batting practice at 5:17, and ran sprints at 7:17. (Boggs also wrote the Hebrew word Chai (“living”) in the dirt before each at bat. Boggs was not Jewish.)

In view of the suggested positive psychological benefits of some rituals here are a couple of suggested daily rituals with a view to increased performance:

A couple of daily rituals undertaken before midday may help increase ones productivity.

Whilst the above are good to help power up your day there are a few things to consider omitting in your day:

The am news – Its always good to be aware of the latest happenings which have occurred overnight. However in most cases with social media at our finger tipsby midday at some point the biggest news will have made it to you.

Having that big breakfast – Loading up the stomach with a big breakfast can set you up for a pretty morning, unless of course part of your daily regime has built in some form of daily exercise regime.

Stimulants – Consider dropping off that coffee or reducing your current intake

Couple of suggestions to help kick start the 2015

Beverley Powell is a UK certified Life Coach and Educator and national award winner by the Health Service Journal (HSJ) 2014 as a BME Pioneer for her work around strategic inclusion within the National Health Service(NHS). Also an nationally recognised by NHS Employers 2014 for work on strategically embedding Diversity through the workforce and aligning to business objectives.

All images courtesy of FreeDigitalPhotos.net